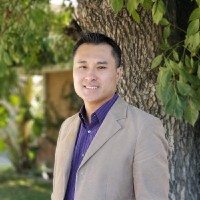 CPESN California pharmacist Ken Thai, owner of multiple pharmacies in Southern California was selected as the Willard B. Simmons NCPA Pharmacist of the Year. The announcement from NCPA is below:

Upsher-Smith Laboratories, LLC is pleased to announce that Khanh-Long (Ken) Thai, PharmD, owner and operator of 986 Degrees Corporation, a pharmacy franchise that serves as a platform for pharmacists to become independent pharmacy owners, is the winner of the 2022 National Community Pharmacists Association Willard B. Simmons Independent Pharmacist of the Year award. Thai received the award on Sunday, Oct. 2 at NCPA’s 124th Annual Convention in Kansas City, Mo.

The annual award is given to a pharmacist who exhibits exemplary professional leadership, service to community, and commitment to independent pharmacy. This year marks Upsher-Smith’s 14th year of sponsoring the prestigious award in conjunction with NCPA. The award is named in honor of Willard B Simmons, a former executive secretary of NCPA (then known as the National Association of Retail Druggists) and a longtime trustee of the NCPA Foundation.

Ken Thai is a longtime advocate for community independent pharmacists and he demonstrates this commitment through his service on several legislative committees including the NCPA State Legislative Committee and California Pharmacists Association Legislative Committee. Thai was actively involved in passing SB 493 in California which officially declared pharmacists as “health care providers,” hence having the authority to provide health care services.

Thai is a leader who has proven his dedication to advancing the field of independent pharmacy through his teachings at the college level and public policy development, exemplifies what makes independent pharmacies so valuable to local communities. Thai is not only CEO and a member of the Board of Directors of 986 Degrees Corporation, he also owns and operates multiple 986 Pharmacy locations throughout Southern California and Nevada. The pharmacies specialize in retail, long-term care, compounding, infusion, and specialty medication.

“We’re honored to partner with NCPA in recognizing pharmacy professionals like Ken who tirelessly champion the practice of pharmacy through public policy, academics and community service, all while building successful and sustainable businesses,” said Rich Fisher, President and COO, Upsher-Smith. “Ken’s accomplishments speak to his willingness to share his success with others, benefitting patients far beyond his immediate community.”

B. Douglas Hoey, NCPA CEO, pharmacist, MBA added, “Ken is an accomplished leader whose passion for helping patients, sharing knowledge, and engaging in policy dialogue makes him a deserving recipient of this year’s Willard B. Simmons Independent Pharmacist of the Year Award. We applaud the work Ken has done to advance the future of independent pharmacy and are thankful to Upsher-Smith for its continued support in recognizing commendable pharmacists like him.”

Thai’s commitment to pharmacy doesn’t stop at the policy level. He understands the importance of sharing his knowledge and experience with others who are seeking to make a difference in pharmacy. Thai serves as adjunct assistant professor of pharmacy practice at the University of Southern California’s School of Pharmacy where he established its first community pharmacy fellowship program. He also teaches entrepreneurship to students at Western University of Health Sciences. Thai holds numerous leadership positions on committees and boards of several professional organizations that promote the advancement of community pharmacists including NCPA and is the immediate-past president of the California Pharmacists Association. He is also actively involved in several community organizations.

Upsher-Smith Laboratories, LLC is a trusted U.S. pharmaceutical company that strives to improve the health and lives of patients through an unwavering commitment to high-quality products and sustainable growth. The company brings brands and generics to a wide array of customers, always backed by its attentive level of service, strong industry relationships, and dedication to consistent product supply. For more information, visit www.upsher-smith.com.

Founded in 1898, the National Community Pharmacists Association is the voice for the community pharmacist, representing nearly 19,400 pharmacies that employ approximately 215,000 individuals nationwide. Community pharmacies are rooted in the communities where they are located and are among America’s most accessible health care providers. To learn more, visit www.ncpa.org.